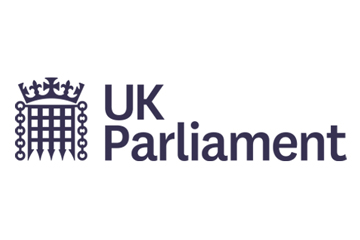 Hourglass – Amendments to the Domestic Abuse Bill (2020) for the Committee stage: House of Lords

Hourglass is the only UK charity dedicated to ending the harm, abuse and exploitation of older people. Since 1993 Hourglass (formerly Action on Elder Abuse) has supported older victims and their families through our unique Helpline, campaigned to improve the protective frameworks for older people and conducted original research into an area deeply misunderstood and ignored.

Domestic abuse of older people is a serious and widespread problem across the UK. Hourglass has consistently highlighted that increased isolation and time at home during the Covid-19 lockdowns is likely to have made the situation even worse for older victims of domestic abuse.

Older people face specific barriers in the domestic abuse support landscape. Shelters often do not have facilities to effectively care for those with underlying health needs, disabilities or physical or cognitive differences associated with old age.

Research conducted by domestic abuse advocacy group Safelives in 2017 found 48% of domestic abuse victims over 60 have a disability. This is now of even greater concern for older people who require an environment that can provide adequate protection from Covid-19.

Put simply, the framework that has underpinned the domestic abuse sector for some years – developing routes to empower victims to leave an abusive environment – continues to let down older people. The outcome of these two barriers faced by older victims is a sense of inevitability. A sense that older age necessarily means a lover level of autonomy, a higher degree of dependence and therefore a view that abusive behaviours cannot be challenged effectively.

Proposed Amendments to the Bill

Hourglass is concerned about the definition of ‘personally connected’. While welcoming the inclusion of ‘relatives’ as well as intimate partners or ex-partners in the Bill, the bill could better reflect the experiences of older people. Older people face significant risk of abuse in the domestic space from non-relatives, often by those who are providing informal care.

A significant proportion of calls to our Helpline concerning abuse of an older person in their own home detail a friend or neighbour as the perpetrator of abuse. In the first 6 months of 2020, 24% of calls to the Helpline concerned neither a professional nor a relative or (ex)partner but identified friend, neighbour or other as the perpetrator of abuse. The pandemic has further taught us that this is subject to change under certain conditions.

In comparing January-April 2019 and the same period in 202 0, the Helpline saw calls relating to abuse perpetrated by a neighbour double.

Hourglass proposes that Clause 2 (1) is amended to include (h) ‘unpaid carers’ and agree with the definition of unpaid carers suggested by disability charity Stay Safe East, ‘neighbours, friends or others with whom the victim has a ‘personal connection’ and who perform caring duties for the person’.

This recommendation responds to arguments made in Committee that abuse perpetrated by professionals providing care are covered sufficiently by The Care Act (2014) and other existing legislation as well as caution over moving away from the ‘golden thread’ of the Domestic Abuse Bill. By specifying the term ‘informal care’, the Bill will retain a focus on those personal relationships, built on trust, that are subject to the worst kind of abuse and exploitation.

Hourglass supports the amendment tabled by Lord Hunt of Kings Heath which aims to ensure where controlling or coercive behaviour is being carried out by a relative, as already defined in section 76(7) of the Serious Crime Act 2015, the offence under section 76 applies irrespective of whether that relative shares accommodation with the victim.

The most frequent perpetrator recorded by our Helpline is ‘Son/Daughter’, making up 38% of calls in the first 6 months of 2020. Many of those adult children do not reside with their parents but rather perpetrate abuse from other accommodation.

(1) In Part 5 (protection of children and others) of the Serious Crime Act 2015, Section 76 (controlling

or coercive behaviour in an intimate or family relationship) is amended as follows.

(a) For paragraph (b) substitute—

(b) After that paragraph insert—

“(c) A and B live together and have previously been in an intimate personal relationship with each other.”.

3. Power of entry for social workers

Hourglass supports the proposed amendment put forward by Baroness Greengross to grant social workers powers of entry where there is suspected abuse of an adult at risk. This protection is already legislated on in Scotland under the Adult Support and Protection (Scotland) Act (2007) and is a vital safeguard for older people. Additionally, this amendment will help cross-organisational cooperation between justice and adult safeguarding mechanisms.

application made to it in accordance with this section.

(b) has been refused entry by any of the occupants of the premises.”

Hourglass supports the proposed amendment put forward by Baroness Greengross detailing a new duty to report suspected abuse. We know the manifestations of abuse are often multiple and interacting.

Financial abuse has typically been the most common abuse reported to our Helpline (40% of calls in 2019) but rarely occurs without corresponding physical and/or psychological abuse. The financial assessment is a vital access point for abuse to be identified.

“A local authority must ensure that, where any of its employees suspects in the course of carrying out a financial assessment for adult social care that a person is the victim of domestic abuse, the employee reports the suspected abuse to a relevant social worker or the police.”

Hourglass also joins the many voices of those concerned that the Bill as it stands risks creating a tiered approach to service provision by placing a duty on Local Authorities to provide accommodation-based services but not community-based services.