Domestic Abuse Bill – Hourglass’ recap as it returns to the Commons 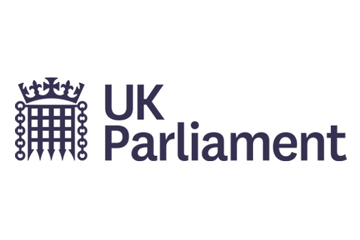 The Domestic Abuse Bill returns to the Commons tomorrow for the final stages of debate. The Bill will apply to England with some parts applying in Wales and it is expected to become law in 2021.

Being reviewed in the context of regional and national lockdowns, debate on the Bill has featured distressing findings from domestic abuse services and the third sector on the intensification of abuse. Indeed, Hourglass warned in April 2020 of the “pressure-cooker” environment of the pandemic in relation to the abuse of older people. This Bill will be vital in improving legal protections for victims of domestic abuse, including through the provision of the first definition of domestic abuse in law.

Hourglass advocated for several amendments at the Lords stages of scrutiny – see our amendment statements in the Committee Stage, here.

Key amendments we argued for that made it onto the face of the Bill and will consequently be debated by MPs in the House of Commons include:

Including relationships between a disabled person and their carer within the definition of “personally connected”, meaning it comes within the scope of domestic abuse. Including both paid and unpaid carers as relationships that may be subject to abuse is a vital step to protect older and disabled people and rightly captures the real ways in which people live connectedly and interdependently in the domestic sphere.

Extending the offence of coercive and controlling behaviour (section 76 of the Serious Crime Act 2015) to cover ex-partners and family members who do not live together. We know that sadly, particularly in cases of family member abuse of an older person, coercion and control can be exercised from affair. This amendment closes a gap in legislation that would have seen examples such as adult children who perpetrate abuse against a parent as considered outside the remit of the Bill.

The Lords stages of debate saw compassionate contributions from peers on measures that would particularly help older people, including: the introduction of a power of entry for social workers where they are denied access to an adult at risk who is a suspected victim of abuse; and a new duty on Local Authority employees to report suspected financial abuse when carrying out a care assessment. Unfortunately, these did not make it onto the face of the Bill but the debate was productive in drawing attention to the particular dynamics of the domestic abuse of older people.