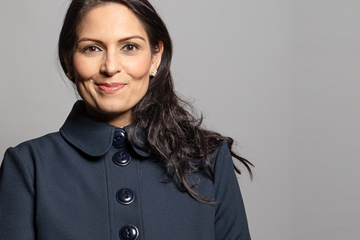 Hourglass was interested to hear yesterday about your launch of a new codeword scheme, known as ‘Ask for ANI’ (Action Needed Immediately), to support victims of domestic abuse to seek immediate help from police or support services in pharmacies.

Hourglass strongly supports this new initiative as another tool in the box for tackling the upsurge in domestic abuse we’ve seen across the UK since the first national lockdown last March, which sadly continues during the current restrictions and was exacerbated by the festive season.

In the week commencing 14th December, call attempts to our Helpline reached their highest levels since October, 66% above our baseline prior to the first national lockdown. Older people continue to experience acute risk of abuse in their own homes and any extension of community access points to support is welcomed. However, we are writing to voice some queries about the roll-out of the scheme and offer our support where necessary.

As you know, Hourglass is the only UK-wide charity that specialises in helping older victims of all types of abuse, including domestic abuse. We have over 30 years’ experience of working with older people and their families to stop abuse, whether physical, financial, psychological or sexual.

Hourglass would like more information on the training materials provided to pharmacies. While we are very glad to see a training element incorporated in the roll out, it is vital that this have the breadth to inform pharmacy staff of the varied experiences of domestic abuse – particularly in relation to older people. There is a widespread misconception firstly that domestic abuse occurs only between intimate partners and secondly that older people predominantly experience abuse in a care home setting. We know from the calls to our Helpline that, while intimate partner abuse does not stop in older age, a significant proportion of abuse against older people is perpetrated by adult children and that the vast majority of abuse occurs in the older person’s own home. We can support the roll-out by providing specialist resources on abuse against older people detailing the signs and manifestations of abuse as well as the key resources for signposting older victim-survivors – including our own specialist Helpline.

Further, Hourglass requests detail on the planned promotion of the scheme. The information we have seen already indicates planned use of discreet digital and social media activity, including targeted influencer activity as well as through Police, Local Authorities and specialist local support services. Hourglass is concerned that widespread misconceptions in the general public around abuse in older age will impact the effectiveness of this strategy and as a consequence the take-up of this pathway to support by older people.

On 27th November 2020, Hourglass wrote to you regarding the #YouAreNotAlone campaign. We argued the initiative failed to respond to the different needs of older victims of abuse. The message empowering victims to leave home and seek refuge despite the lockdown rules failed to account for the challenge and complexity of leaving home for older people. We called for a targeted wave of activity specifically for older people. Once again we make this call in regards to this campaign and now the roll-out of the ‘Ask for ANI’ scheme. We can lend support by indicating best practice. For example, Hourglass was highly supportive of the Welsh Government’s ‘Home shouldn’t be a place of fear’ campaign. The multi-media campaign featured radio advertising on local and community stations in order to reach individuals who are not online and the utilisation of a message encouraging victims, families and friends to ‘make the call’ was accessible to older people, accounting for their differences in needs and experience.

Hourglass are on hand to spread the word regarding the new scheme and to ensure pharmacies have all of the physical and digital signposting materials they need to put older victims in touch with us and keep more people safe from terrible harm, abuse and exploitation.

Let’s make the codeword initiative a success, for the sake of victims.

You can read Hourglass response to the Ask for Ani here