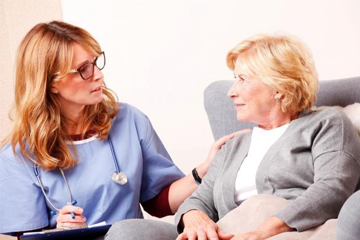 News stories like this Scots care home regulator investigated 5% of family complaints last year confirm our worst fears about the Covid crisis and the devastating impact it is having on older people.

The pandemic has created thousands of victims but many of those will have suffered despite not catching the virus. We already know from The Growing old in the UK 2020 survey we commissioned last year that over 50% of adults in the UK felt that the abuse and neglect of older people had increased as a result of lockdown. The WHO estimates that globally around 1 in 6 people aged 60 years and older experienced some form of abuse in community settings during the past year. If you apply that WHO estimate to Scotland, where a quarter of the population are over 60, that amounts to a potential 227,070 older people at risk of abuse each year.

The vast majority of the abuse and neglect of older people takes place behind closed doors and many doors have remained firmly shut during the different lockdowns since this pandemic took hold.

That is why, in institutional settings like care homes, it was incumbent on regulatory bodies like the Care Inspectorate in Scotland to redouble their efforts to investigate potential incidents around safeguarding, neglect and abuse and why it is so disappointing that they have failed to do so. Obviously lockdown conditions made it extremely challenging to carry out investigations but the numbers that they did undertake are still shockingly low.

Throughout this pandemic older people, and particularly those living in care homes, have been at greatest risk from COVID, so the fact that we haven’t done anywhere near enough to tackle the additional risk of abuse and neglect is damning.

Like the UK government, the Scottish government has promised a public inquiry but that is not enough. They urgently need to confirm that it will take place as soon as possible and the issues it will investigate. One of those must be the potential increase in the abuse and neglect of older people both in their own homes and in care homes.

The pandemic has impacted everyone but it has been devastating for many older people and our fear is that many have suffered in silence behind those closed doors. As a society, we simply do not value the lives and experiences of older people enough. In our survey last year, over a third of UK adults didn’t even see domestic abuse or domestic violence directed towards an older person as a form of abuse. In the face of such apathy towards the wellbeing of older people, we have created a culture where many can and have got away with abusing and neglecting them.

You can judge a society by how well it cares for its most vulnerable members. We need a public inquiry now to understand how we have fared on that yardstick during the pandemic. What we find won’t be good but we must know and understand as soon as possible where  we went wrong so we can do everything we can to improve the situation for the thousands of older people who continue to be at risk of abuse and neglect.