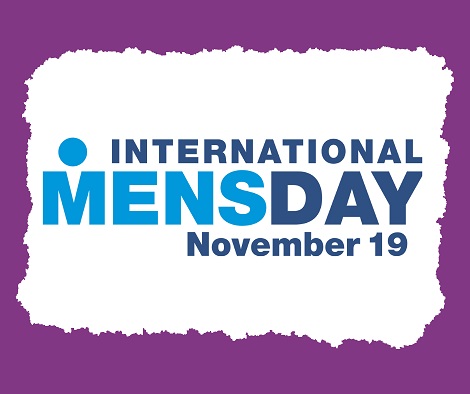 Today Hourglass supports International Men’s Day, a time to celebrate the positive value of men worldwide, alongside highlighting male-specific issues. Furthermore, it is a time to promote equality between all genders, with the theme for 2021 being ‘better relations between men and women’.

Outlined on the official website, the 6 pillars of International Men’s Day are:

At Hourglass, we work to end the abuse of older people and campaign for safer ageing for everybody. Furthermore, Hourglass recognises that an essential part of our mission involves encouraging people to speak out about all forms of abuse and reach out for help. This step can often be difficult to take, especially when older men are concerned. This is why raising awareness of the abuse of older men is so important - to end the taboo and encourage more people to reach out if they are being affected.

Our Helpline data from 2020 indicates that financial abuse was the most commonly seen abuse type with male victims, closely followed by psychological abuse. Another prevalent type of harm suffered by older male victims is domestic abuse. The UK Office for National Statistics in 2019 found that over 28.9% of all domestic violence crimes against over 75’s were perpetrated against men. For older victims, factors such as generational and societal attitudes, alongside the media focus on younger male domestic abuse victims may leave them feeling unsure of the help that is available.

Furthermore, constructions of masculinity may leave many struggling to admit they are suffering and therefore less likely to reach out for help. Statistics from the ManKind Initiative in 2020 indicate that men are often abused for three years before seeking any form of help. In addition, they found nearly half (49%) of male victims fail to tell anyone, as opposed to 19% of women.

Further risk factors such as social isolation and lack of social engagement is a key risk factor for older male victims. Studies show that men’s lower level of social engagement is often due to their reliance on a spouse or partner for social support, and consequently have lower participation in social activities. This reliance on spousal relationships may also mean that older male victims often lack other friends or family to confide in.

During Safer Ageing Week 2020, Hourglass ran our survey ‘Growing old in the UK’ which found that 1 in 5 people either had personal experience of abuse as an older person (aged 65+) or knew an older person who had been abused. These figures show that the abuse of older people is unfortunately very prevalent in the UK and with so many older people, especially older men, finding themselves unlikely to reach out for help, these are incredibly worrying statistics. Even more worrying is the lack of awareness, with nearly a third (30%) not believing that ‘pushing, hitting or beating an older person’ counts as abuse. These figures show a lack in awareness of both what constitutes as the abuse of older people and the true extent to how widespread it is.