Hourglass response to the Queen's speech 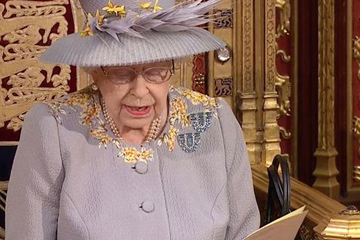 Today saw the Government promise that “proposals on social care reform will be brought forward” in the Queens Speech marking the State Opening of Parliament. However, of the 30 Bills unveiled today none demonstrate a firm plan for reforming social care in England and Wales.

The omission of hard commitments shows a disregard to the Rights of Older People in the UK. The United Nations Principles for Older Persons clearly state the need for older people to have access to services to enhance their autonomy, protection and care. In 2011 the Dilnot Commission Report on Social Care laid out the need to reform the inadequate, unfair and unsustainable care system and recommended significant reform.[i] None of the recommendations have been put in place. As recently as October 2020 the Health and Social Care Committee, drawing from this report, strongly endorsed urgent change.[ii] Social care provision in England and Wales has long been understood as in crisis, and an issue that disproportionately impacts the older community. The impacts of the pandemic have laid bare the desperate need for reform but once again the issue has been deprioritised.

Other nations of the UK stand ready to take action to solve the crisis facing care delivery. In Scotland, the Government have promised a package of reform including scrapping all non-residential care charges for those who need support; the creation of a national care service; and a new centre for excellence for rural and remote medicine and social care. In Wales, First Minister Mark Drakeford has stated that the Senedd has plans ready to go if the UK government continue to delay much needed changes.

At Hourglass we support victims and families affected by the abuse of older people. We know that with age comes increasing likelihood of a need to access social care services. We also know that these services need to be affordable, sustainable and integrated with the National Health Service to ensure that living in older age is not with the risk of harm, abuse or neglect. Social care needs to be put on a legislative footing to fix the problems experienced by service users and their families, to keep us all safe as we age.

“Hourglass know that tragically many older people in the UK face increasing risks of harm and abuse as their care and support needs change with age. It is devastating that the UK Government, purportedly committed to improving the state of ageing across the four nations continue to delay on social care reform – a crucial avenue for support as well as the prevention and protection from abuse.”

“It is disappointing to see adult social care reform only vaguely gestured too in the Queens Speech today. Ten years after the Dilnot Report and following countless interventions by members of both houses and by parties both in opposition and Government, a reticence to commit on social care legislation is a snub to the rights of older people in the UK. This needs to be addressed as a matter of urgency”.

[i] Fairer Care Funding: The Report of the Commission on Funding of Care and Support (2011) https://webarchive.nationalarchives.gov.uk/20130221121529/https://www.wp.dh.gov.uk/carecommission/files/2011/07/Fairer-Care-Funding-Report.pdf