A few words from our former Hourglass Director of Scotland, Lesley Carcary 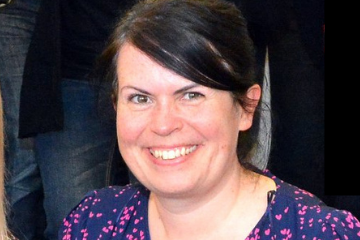 When I was offered the role as the first Director of Action on Elder Abuse Scotland (now Hourglass Scotland) in 2015, the first thing many people would ask me was “does that mean assaulting older people? Surely that can’t be a big issue?!” I have to admit that elder abuse wasn’t really a concept I was familiar with before I applied for the role. I had a lot of misconceptions about what it was and the extent of the issue. I think this was largely due to the fact that elder abuse was rarely discussed in public, and there was very little government or media attention on the issue.

Six years on, and I’ve seen a huge difference in the awareness of elder abuse as well as some tangible developments in tackling this appalling scourge – particularly in Scotland. It will always be the case that many older victims of abuse simply refuse to speak up about their experience, but it’s heartening to see that public and political awareness has increased significantly; making it much more likely that victims will speak up, or that those concerned about them will seek help on their behalf. But that’s just part of the issue.

We need older people to report harm, abuse or exploitation. However, without an appropriate support framework and preventative strategy, our efforts are in vain. I’ve been delighted to be involved in some real change over the past years in Scotland, including new laws on age-related hate crime, developments around pushing for a new statutory aggravation based on vulnerability, and the launch of the first dedicated Scottish elder abuse Helpline.  Scotland also has the most comprehensive adult safeguarding laws in the UK, and I’ve seen continual improvements in the way vulnerable adults are identified and supported via a strong multi-agency approach.

The introduction of Hourglass’ new approach towards safer ageing, has brought new opportunities for reducing the stigma associated with the term ‘elder abuse’ allowing us to delve further into prevention and early intervention. With the launch of the first ever Community Hub in Scotland in 2020, marked the first stage in a new journey for the charity; allowing us to reach out to more older people than ever before and reinforce the message: preventing and tackling the abuse of older people is everyone’s business.

Sitting now with a different hat on, as CEO of Seescape (a charity supporting visually impaired people), I can’t stress enough that tackling the abuse of older people can’t solely rest with an elder abuse charity. With the majority of Seescape’s clients being older people, I’m keen to reinforce the message that we all need to be aware of the signs of abuse as well as knowing what to do if we suspect it. Likewise, many victims of elder abuse are often specifically targeted due to the perceived or actual vulnerability; with sensory impairment being a key one. Partnership working within communities is vital. I’m pleased to see that Hourglass’ new approach to case work take a more holistic approach, allowing the charity to facilitate support for wider needs from partners such as Seescape.

Tackling the abuse of older people is everyone’s business – together we can end it.