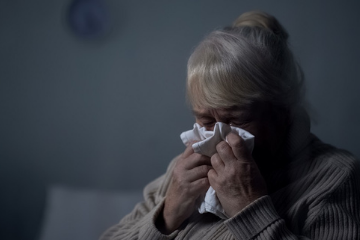 Domestic abuse affects people of all ages and older people are, sadly, no exception. Older victims of abuse are particularly vulnerable to coercion – whether through emotional or financial manipulation or physical intimidation – because they may be dependent on their partners or extended family due to illness, frailty or financial constraints.

The Growing old in the UK 2020 survey, commissioned by Hourglass, found that the abuse of older people is at unprecedented levels, with data suggesting that nearly 2.7m UK citizens over the age of 65 are thought to have been abused. In Northern Ireland specifically, almost 1 in 4 older people are believed to experience abuse.

Here in Northern Ireland we finally saw the Domestic Abuse and Civil Proceedings Act passed into law through its concluding stage in March 2021.

But what does this actually mean to those experiencing or at risk of domestic abuse?

A key part of this legislation includes criminalising coercive and controlling behaviour, bringing Northern Ireland in line with the UK, Ireland and vitally, as set out by international human rights standards.

Our Growing Old in the UK 2020 survey, further revealed that a staggering 1 in 3 people in Northern Ireland failed to identify verbal threats, mockery or intimidation towards an older person as abuse. The recognition within this recent legislation that domestic abuse can take many forms is crucial, shedding much needed focus on the psychological harm it causes, including how such abuse too often leaves victims feeling helpless or terrified. The Act details abusive behaviour as violent, threatening or behaviour that has at its purpose, one or more of the following effects:

It is also important to understand, that a perpetrator still commits a domestic abuse offence if their intention is to cause one or more of the above effects, irrespective of whether their behaviour actually results in harm to their victim.

Coercive control is strategic and subtle, the perpetrator often projecting blame or shame on to the victim, making it hard to articulate the abuse they are experiencing or even feel like the fault is with them. Raising awareness of this this type of abuse is fundamental to increasing public understanding of its impact on older people in our families and the community, working to ultimately encourage more people to have the confidence to report as abuse and take preventative action, on behalf of themselves or others.

Hourglass Northern Ireland are here to listen, support and empower. Please contact us on 0808 808 8141 or via one of the ways here if you or someone you know may be at risk or is experiencing harm, abuse or exploitation.