Domestic Abuse Bill – In review of the Bill 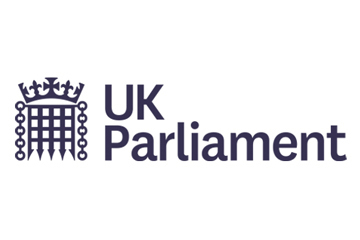 The Domestic Abuse Bill has completed its journey through the House of Commons and the House of Lords, gaining Royal Assent before becoming Law. The Bill has been a huge feat – with many groups, including charities, working tirelessly to get the best outcome for victims.

The Bill marks significant changes for England and Wales, including giving a statutory definition for domestic abuse and putting a duty on Local Authorities to provide services for all victims, for the first time. However, we are disappointed that certain areas, which could have better protected older people, were not included in the Bill.

What we campaigned for…

This change was proposed by Lord Hunt and our charity patron, Baroness Greengross, to close a gap in legislation that would see coercive or controlling behaviour perpetrated by partners, ex-partners or relatives who do not share accommodation with the victim, as outside of the reach of the Bill.  This change made it onto the face of the Bill. From listening to the stories that come to our Helpline, we know how important this is for older victims suffering coercive and controlling behaviour, particularly in those cases where abuse is perpetrated by an adult child who may no longer live with their parent.

We called for family abuse and abuse perpetrated by paid and unpaid carers to be reflected in the Bill. While the definition includes family members and relatives, it stopped short of recognising that for disabled and older victims, carer relationships can also be subject to domestic abuse. The Government dropped the inclusion of paid and unpaid carers on the basis that it might weaken the public understanding of the nature of domestic abuse. We will continue to make the case that older and disabled victims can live with personal and meaningful connections with carers who are not partners or family members, and that domestic abuse responses need to recognise all domestic relationships that might be subject to coercive control and abuse.

The proposed power would apply to registered social workers, who – through an application to the magistrate’s courts – may enter the premises of a person at risk if abuse or risk of abuse is suspected. Unfortunately, this did not make it onto the face of the Bill. The Government argued that social workers are granted sufficient powers under the Care Act (2014). Hourglass continues to argue that these powers are necessary to best protect adults at risk and would bring England in line with Scotland and Wales who have already written this into law.

Creating a duty on local authorities to report suspected abuse would involve the local authority reporting any suspected abuse to a relevant social worker or the police, if domestic abuse was suspected in the course of conducting a financial assessment. The proposed duty did not make it onto the face of the Bill, and the Government argued that local authority employees already have a responsibility to safeguard adults from suspected abuse. However, the debate demonstrated that this safeguarding does not work consistently across England to protect victims, and we were pleased that the Minister announced upcoming new safeguarding guidance co-ordinated by the Chief Social Worker for Adults.